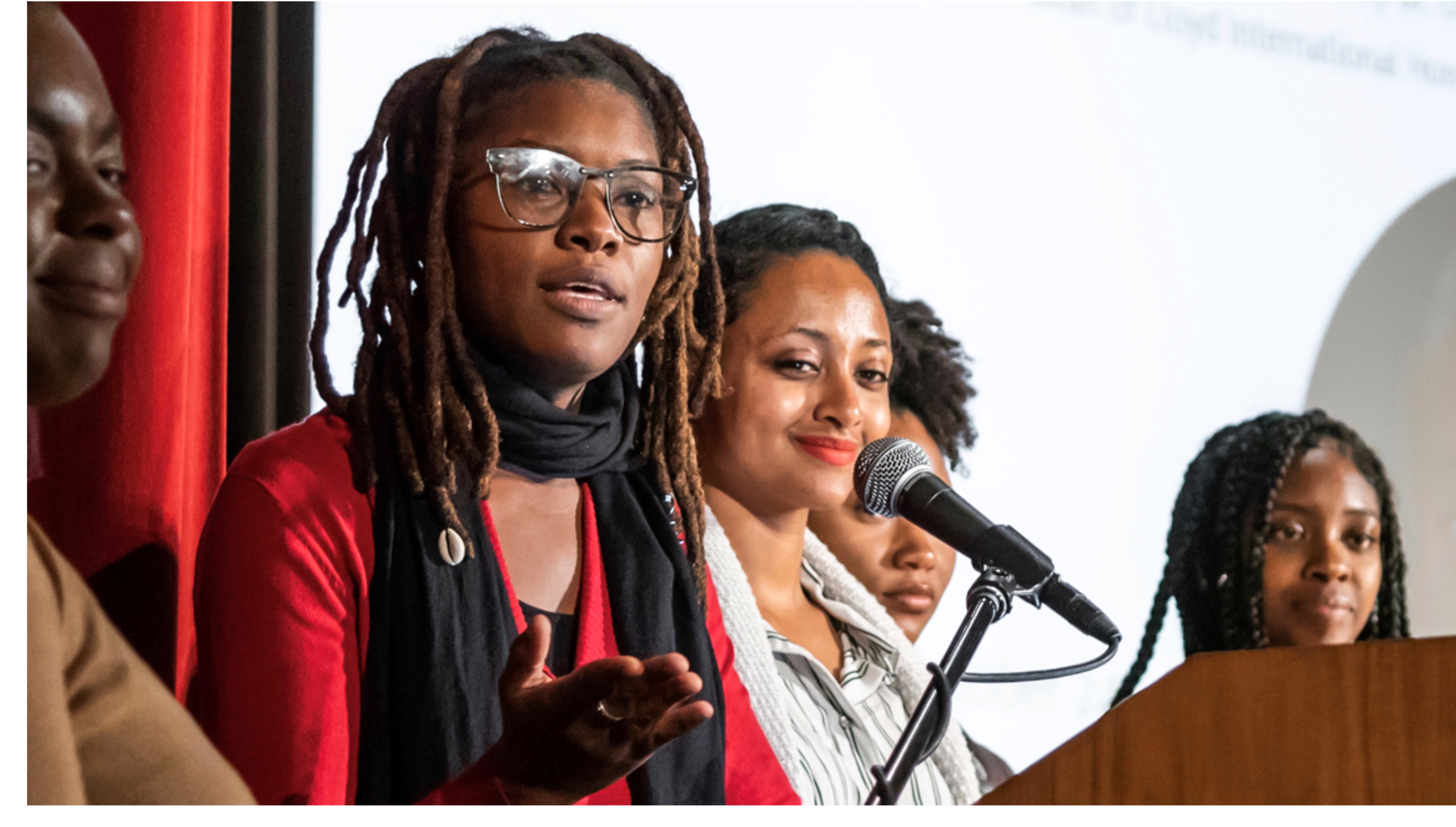 A new forum series was launched in June called “Race and Racism in American History.” The first part of this online forum series was held on June 25, and included upwards of 80 participants (despite being Zoom-bombed and having to quickly re-group). The forum is exploring the protests underway within the broader context of race and racism in American history with a panel of scholars, artists, and community organizers. The online event was hosted by award-winning UNCG historian and AADS Professor Dr. Omar Ali, AADS alumna Tiera Moore, and biochemistry graduate student Tamera Jones.

“The forum was born out of a series of meetings I was having with people in the community over the past several weeks in response to the nationwide uprisings – students, teachers, a civil rights attorney, a former black police officer, artists, and community organizers,” says Ali, who also serves as Dean of UNCG’s Lloyd International Honors College. Ali is the author of the forthcoming book “In the Balance of Power: Independent Black Politics and Third Party Movements in the United States.”