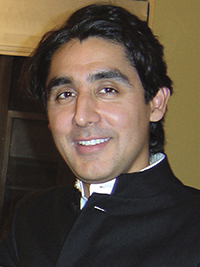 Omar H. Ali (Professor of Comparative African Diaspora History) is a historian of the African Diaspora who explores the Atlantic and Indian Ocean worlds from the early modern period to the present. Named the North Carolina Professor of the Year by The Carnegie Foundation, Ali is a graduate of the London School of Economics and Political Science and received his Ph.D. in History from Columbia University. He has been a Lecturer at Columbia University, a Fulbright Professor at Universidad Nacional de Colombia, a Visiting Professor at Vanderbilt University, and a Library Scholar at the David Rockefeller Center for Latin American Studies at Harvard University. The author of four books and an edited journal, Dr. Ali is currently working on a biography of the 17th-century Afro-Peruvian saint San Martin de Porres. His office is in Foust Building, 205, Lloyd International Honors College, where he serves as Dean.