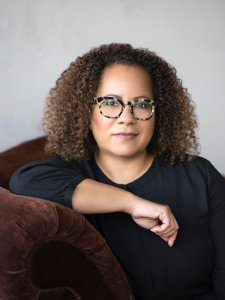 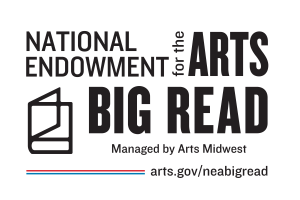 Erica Armstrong Dunbar is a writer and historian and currently teaches at Rutgers University where she is the Charles and Mary Beard Professor of History. Her work focuses on the uncomfortable concepts of slavery, racial injustice, and gender inequality. She is the author of Never Caught: The Washingtons’ Relentless Pursuit of Their Runaway Slave, Ona Judge, which was a finalist for the 2017 National Book Award for Nonfiction and received the 2018 Frederick Douglass Book Award. A startling and eye-opening look into America’s First Family, Never Caught tells the story of Ona Judge, George and Martha Washington’s runaway slave who risked it all to escape the nation’s capital and reach freedom. Dunbar gives readers a glimpse into the life of a little-known, but powerful figure in American history and the ensuing manhunt led by George Washington, who used his political and personal contacts to recapture his property.

Dunbar’s most recent book, She Came to Slay: The Life and Times of Harriet Tubman, is a lively, informative, and illustrated tribute to one of the most exceptional women in American history whose fearlessness and activism still resonate today. Not only did Tubman help to liberate hundreds of slaves, she was the first woman to lead an armed expedition during the Civil War, worked as a spy for the Union Army, was a fierce suffragist, and was an advocate for the aged. She Came to Slay is an accessible and modern interpretation of Tubman’s life that reveals little known facts about one of our nation’s true heroes. Dunbar’s first book, A Fragile Freedom: African American Women and Emancipation in the Antebellum City, was published by Yale University Press in 2008.

An accomplished scholar, Dunbar was named the National Director of the Association of Black Women Historians (ABWH) in 2019, an organization dedicated to continuing the advancement for the study of black women’s history. In 2011, she also became the Inaugural Director of the Program in African American History at the Library Company of Philadelphia, a position she held until 2018. An in-demand speaker on the lecture circuit, Dunbar gives audiences an intimate look at the often-overlooked stories that make our country’s history so richly diverse.